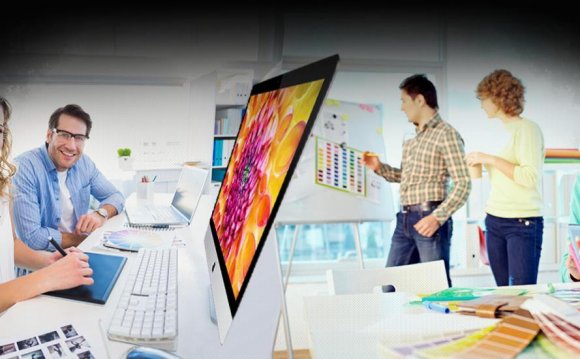 Having worked as a Graphic-Designer, Web-Designer, and Web-Developer I thought I might toss my opinion out there as to what’s what, where’s where, and who’s who.

This one is pretty self-explanatory: A graphic designer is a designer of graphics. I wrote a bit about Art vs Design in a previous article.

Graphic designers use composition to create graphics which accomplish a task.

How does one create graphics that accomplish a task? Using alignment of design-elements, contrast, colours, symbolism the graphic designer engineers a static interface which aims to complete a goal.

The goal of a graphic design could be as simple as catching someone’s attention and getting them to put their foot on the brake… or it could aim at making someone thirsty for a delicious, warm, caffeinated beverage.

If a graphic designer designs a mock-up of a web-site are they still a graphic-designer and not a web-designer?.. At least when they are designing the website in photoshop, illustrator, gimp, or ms-paint.

Good question! We’re missing a link. Graphic-design is an ancestor of web-design… And the missing link between the two is animation. The design-element of movement is key to interactive-design.

If a design does not include the potential for movement, or changes in the state of the design it’s static graphic design, rather than interactive web-site design. Not saying that web-designers don’t ever use photoshop to design web-sites… Just that web-design requires more than photoshop.

Some real-world examples of graphic-design (both static and interactive) include: street-signs, magazine advertisements, web-site design, and product-design (such as sneakers, cars, or action-figures). Web-design and animation boast the design-element of movement… But let’s not forget that print-design, or design of any material item can deliver tactile, and olfactory stimuli.

We’ve established that designing a web-page in photoshop does not a web-designer make. If you missed that part please read the previous section where I explain that.

Web designers need to code a little bit, some html & css will do. Web designers should also be familiar with useability (how people interact with a website). Graphic designers have usability concerns too (some cultures reading left to right while other read top to bottom).